Some time ago I caught the Instagram Mini Quilt Swap bug. I signed up for four all within a few weeks. I did a Favorite Designer Mini Swap, a Text Me Mini Swap, a Spooktacular Mini Swap and this last one, called the Cut Up and Quilt Mini Swap.

The parameters for this one were fairly broad so I decided to use the leftover Emilia fabric from the Double Gauze Bohemian Baby Quilt that I did for Camelot fabrics for Quilt Market. Here's what I ended up creating: 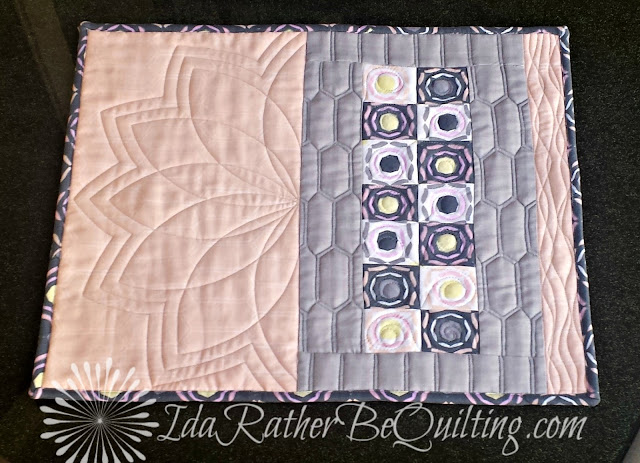 You know by now that I really love negative space. It's really the most modern aspect of my quilting. I don't always gravitate towards solids or starkly geometric designs but I do adore negative space.

Having worked with this fabric on the previous quilt I knew I couldn't quilt that space too densely so instead I used it to create a large scale image with the quilting. Come to think of it, it's actually quite similar to what I did with this quilt, a few months back: 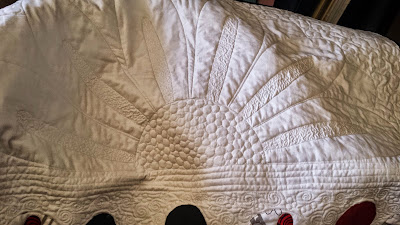 Only this time I chose a lily rather than a daisy. The mini is called Gauze Lily. 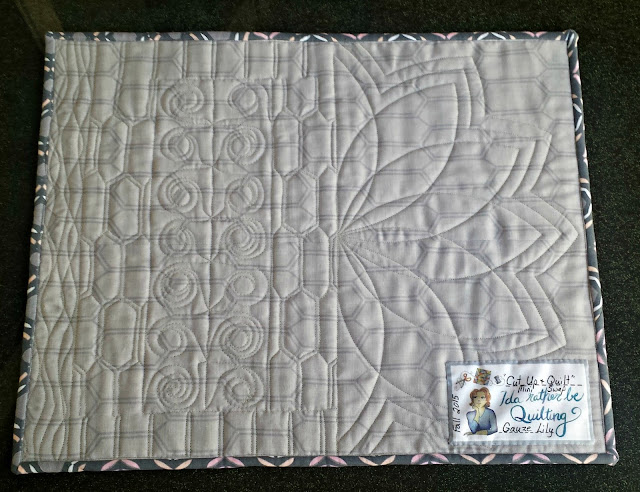 Since it was headed toward Council Bluffs, Iowa, which I imagine is much cooler than Las Vegas, I threw in some various flavored herbal teas along with two batik FQs and some thread spools and bobbins. 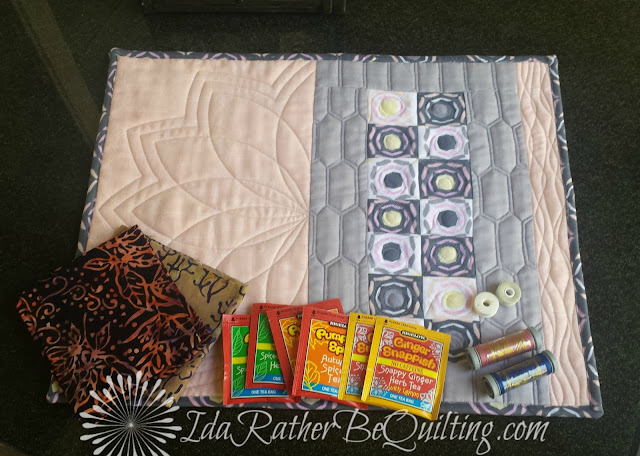 Due to a last minute partner change I actually received a mini package from the same woman that I sent mine to!  She couldn't make up her mind on a design and ended up making me two minis. What a bonus! 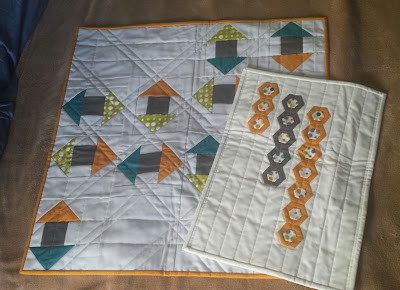 And so many extras that she needed a big box to send them all to me. 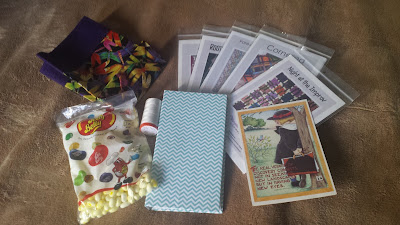 Patterns, Auriful thread, a cute lunch bag, a small scrapbook and over a pound of my favorite buttered popcorn jelly bellies. So I hope she liked the package I sent her, because I certainly was tickled with mine!

Other than a small holiday mini swap within our local modern guild, I'm done with swaps until after the bustle of the holidays are over. But once spring hits, I'm likely to get the fever again!

Linking to Needle and Thread Thursday at Kelly's,
Finish It Up Friday at Amanda Jean's,
and Can I get a Whoop Whoop? at Sarah's
Posted by Ida at 9:24 PM 3 comments: