My friend Vicki of Orchid Owl Quilts and I have been running a mini swap on Instagram this summer. It's been a fun and educational experience. And way more work than we initially thought it would be. We've reached the point in the swap where the shipping deadline is fast approaching so both of us have been forced to turn our attention from the administration of the swap to participation in the swap. In other words, we needed to get off the computer and get sewing!

The rules were simple. A mini created with a minimum of two fabrics which depicted letters, words or numbers.

I'm still in love with the Figures line by Zen Chic that I used to create the Eleplay mini for the favorite designer swap. And fortunately, that line has several fabrics with numbers and text. I added just one fat quarter of a text fabric and some plain white and created this: 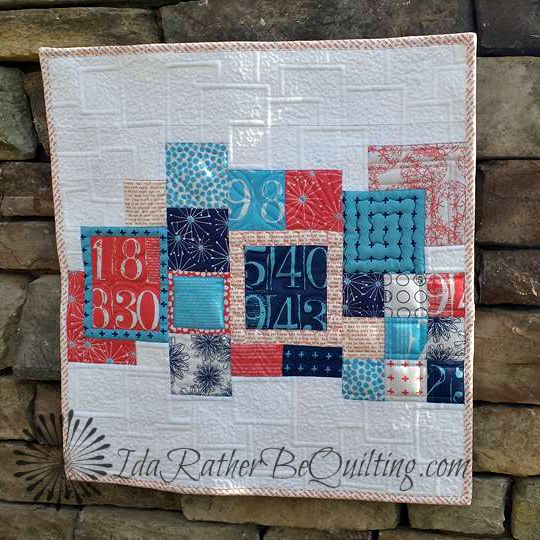 I loved the idea of stacked blocks in both the piecing and the quilting. And the double meaning of blocking a text sender so I named it, "Don't Block Me." 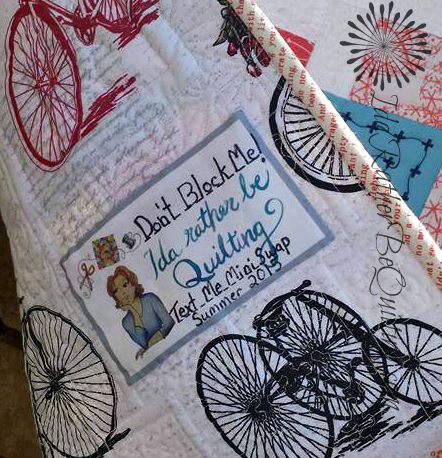 I used some of my wonderful Bicycle fabric from Turkey, which also has text on it, for the backing. 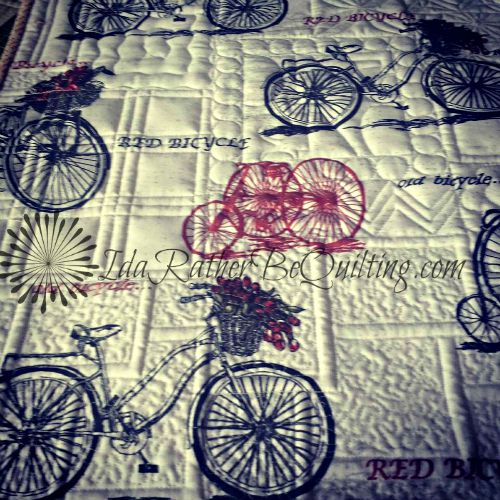 I used clear bobbin thread when I was quilting with the coral and navy thread on the front. I'd never used clear thread before but it worked out quite well. I like that all the quilting blends well on the back.

I also cut my binding on the bias to avoid the difficulty of the text not running exactly parallel or perpendicular to the quilt. 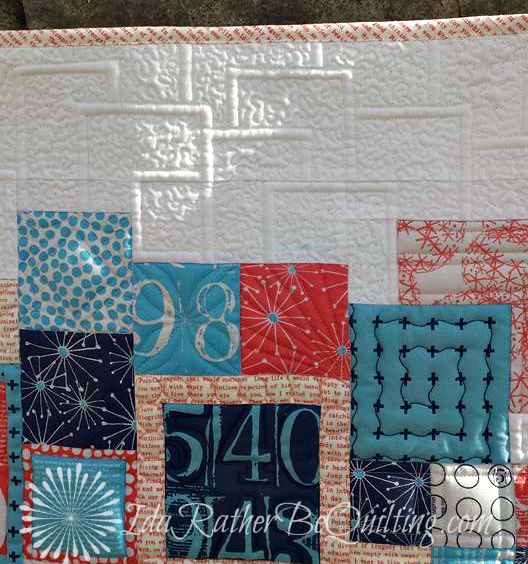 I still need to make something handmade for an extra and decide what store bought items I will add to the package. But I have until September 1st so I'm not panicking (yet).

Today I mailed Eleplay off to my Favorite Designer Swap partner.  She had asked that I spend my time on the project rather than extras so I just added a few snacks and some bobbin minders. But there is one fun surprise that you might spot. It's not available to buy for another month or two so mums the word. I'll only say that I have my sources. And that I hope my partner will like it. 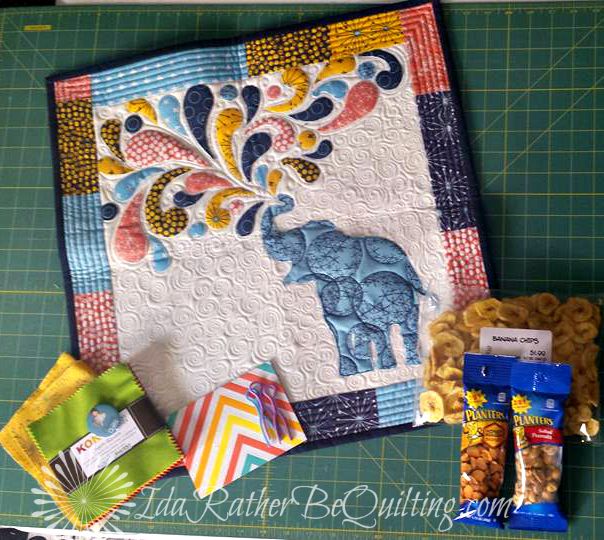 Linking up with:
Needle and Thread Thursday at My Quilt Infatuation
Can I Get a Whoop Whoop? at Confessions of a Fabric Addict
Finish It Up Friday at Crazy Mom Quilts
Posted by Ida at 2:00 AM