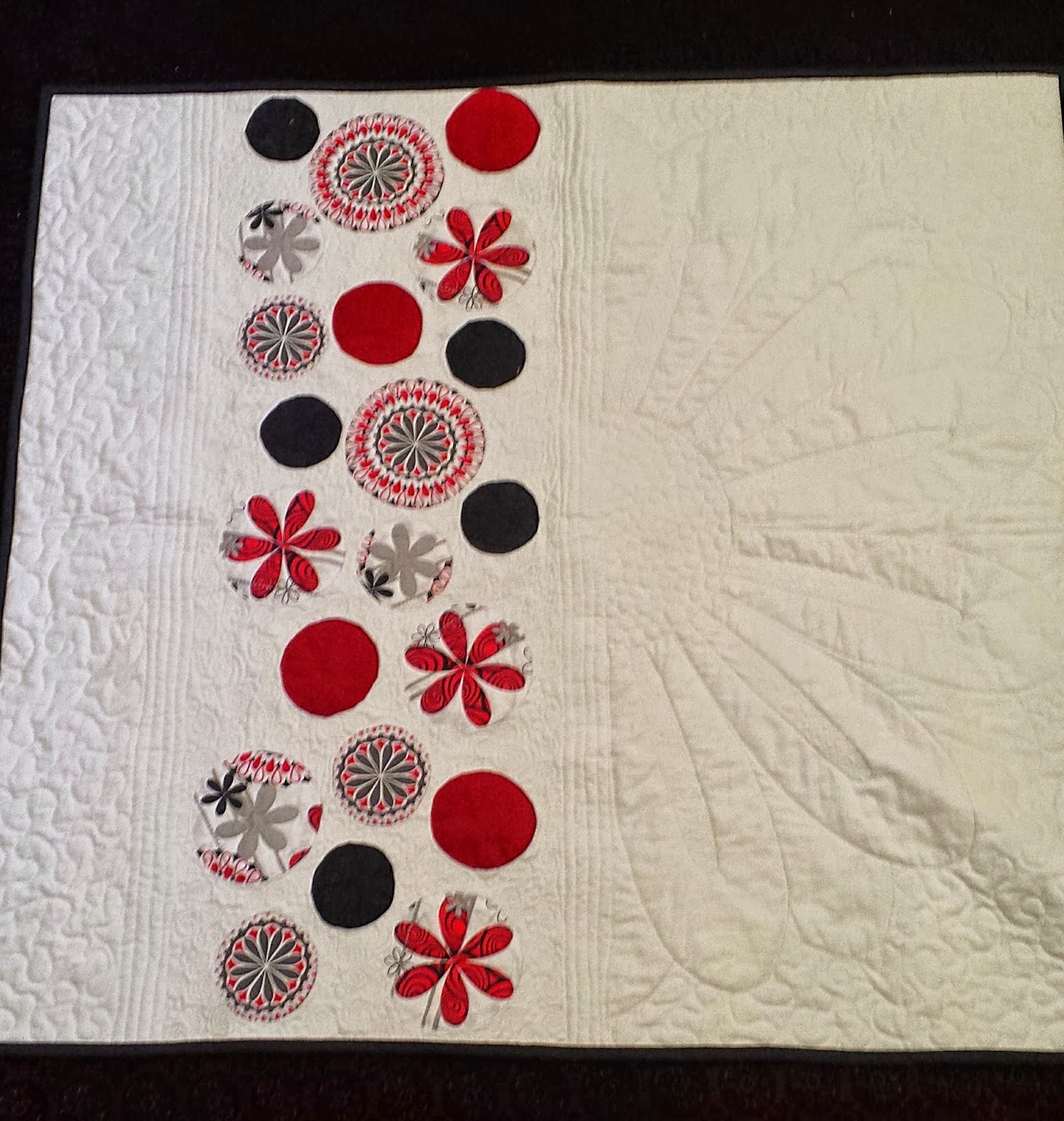 One of our last guild challenges of 2014 was a negative space challenge.  I've been trying to work on my free motion quilting so I gladly took it on.

In the end, this is what I came up with. I wanted some bold and graphic and asymmetrical. And I wanted to practice using large and small scale quilting.


The fabric I used was all from Turkey. You can read about what it's like to fabric shop in Turkey in this post. 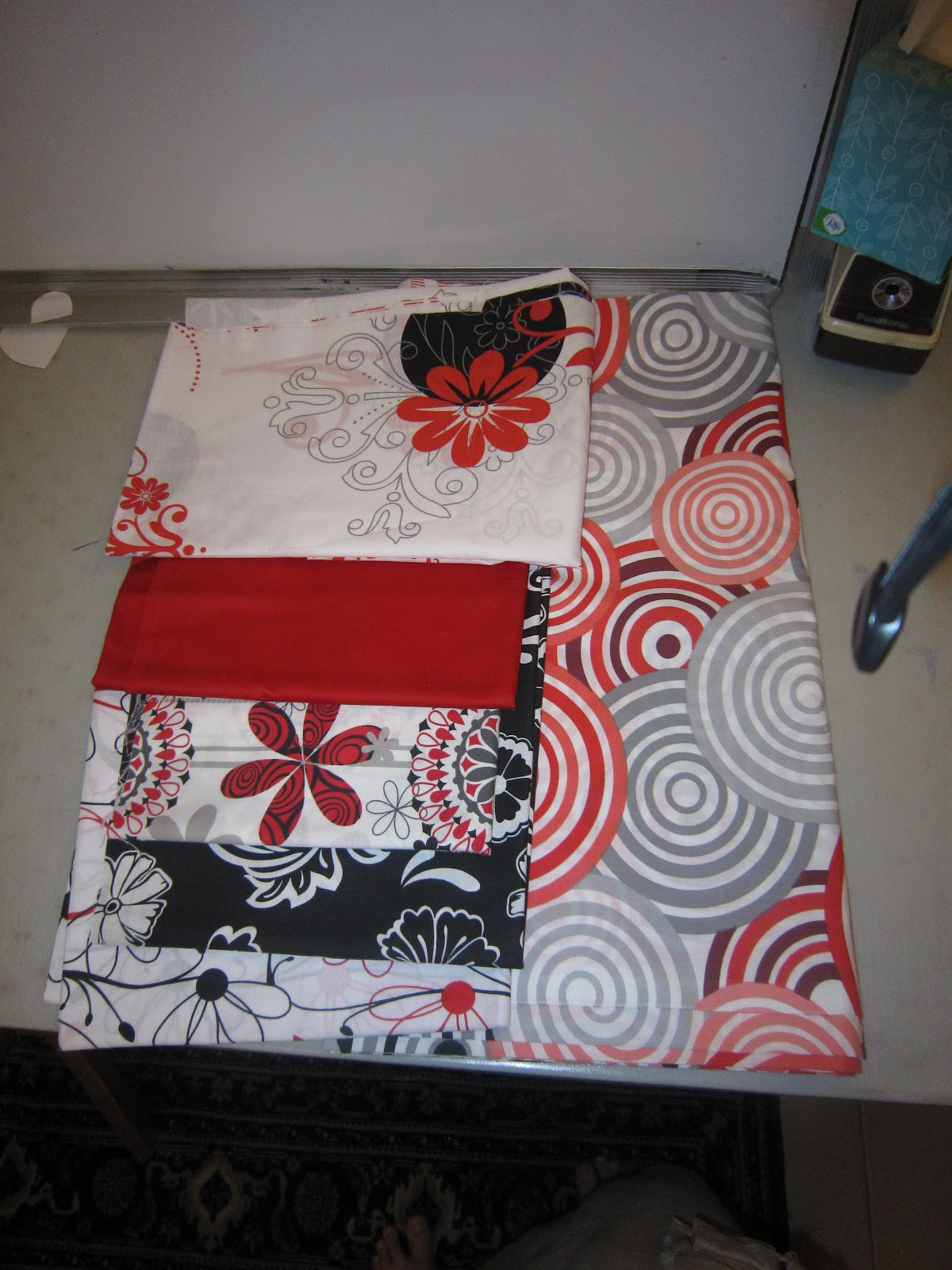 The appliqued circles are fussy cut from the third from the top fabric and the backing is that black and white print just under it. I also added a few plain black and a few solid red. And of course I started with a large piece of white.  All of which were from my Turkish stash. 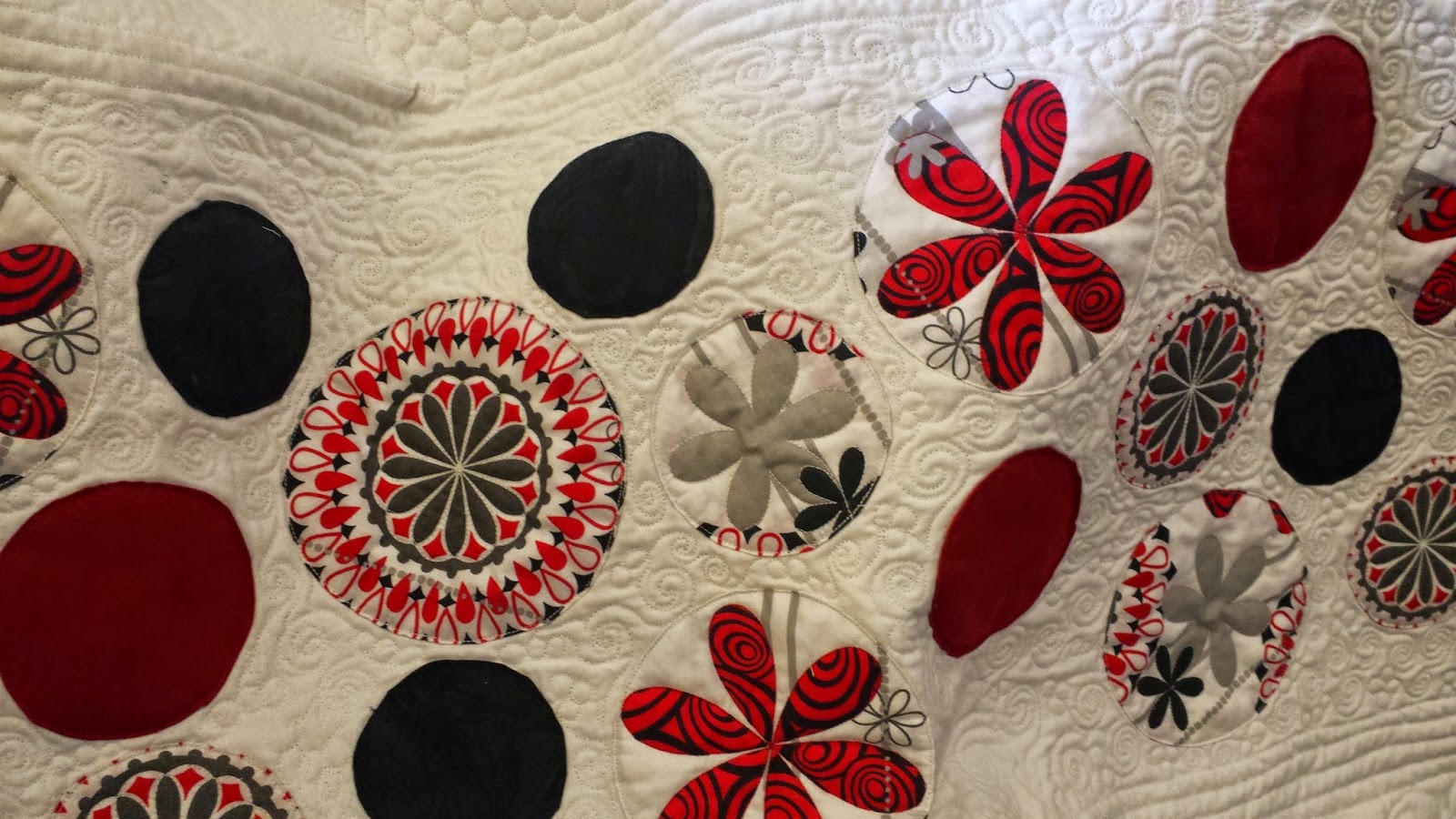 I stitched around the flower petals on the printed circles but left the solid ones alone. In between the circles I used a tight swirl and pearl pattern. I wanted some nice dense quilting to make the circles puff up and to contrast with the large scale design I had in mind for the other half of the quilt. 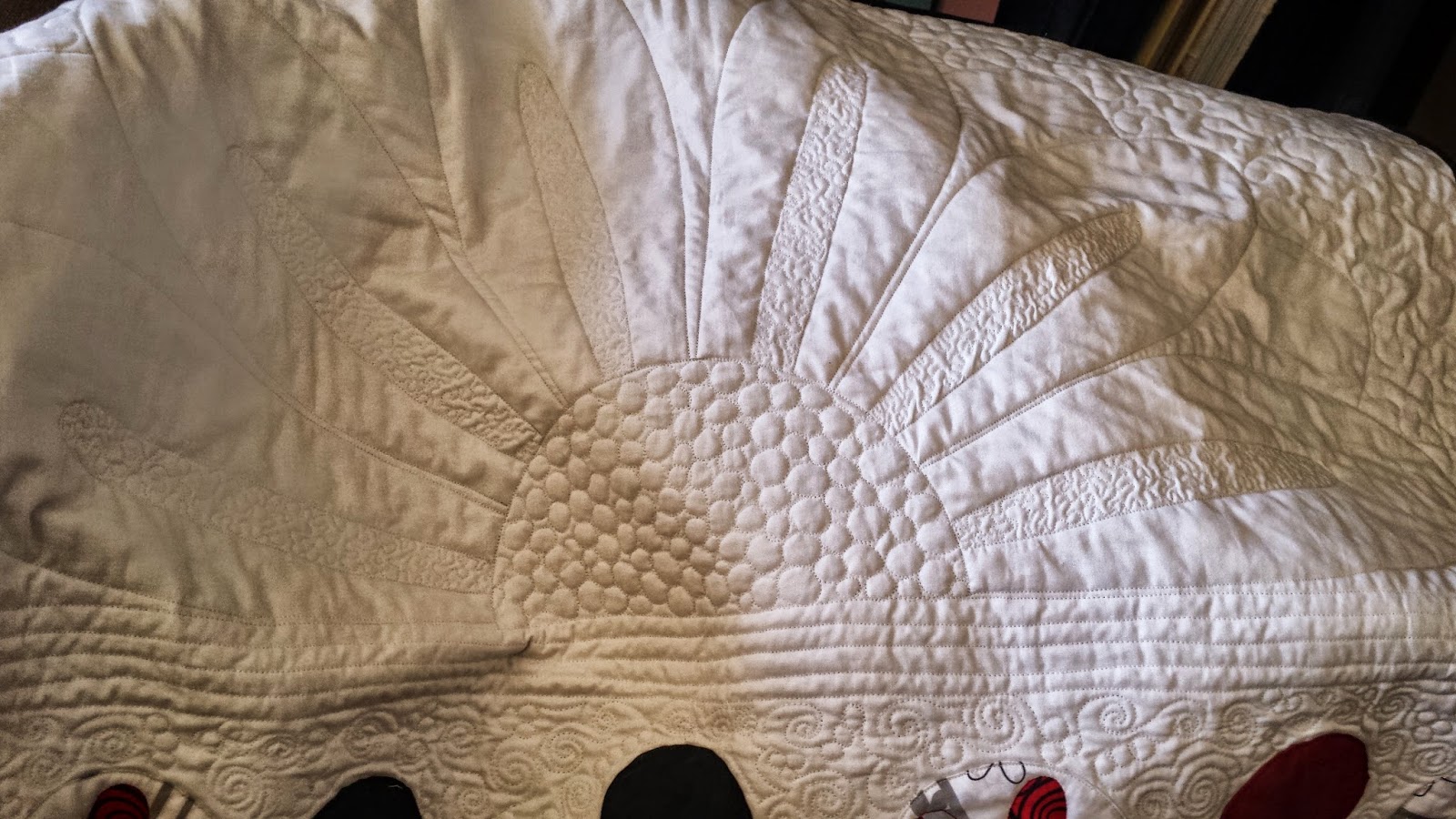 I did some marking for this just to make sure I had everything even. A dinner plate was the template for the center of the flower. And I cut one paper petal template and marked each petal and petal center. Some large scale stipple filled in any remaining empty space and I was done!

Since this was a practice piece for a guild challenge and didn't have an intended recipient, I just hung it up on my wall after the meeting. It fit just behind my sewing machine and made me happy to look at.  But after it had lived there a couple of months, I looked at it one day and heard a little voice in my head tell me, "That's not your quilt, you know."  Sure enough, there was a little girl I know who is fighting serious health problems.  The quilt needed to go to her. So I made a label for it, which I hadn't done yet, named it 'Hope' and sent it off to its intended owner. Funny how you can make a quilt for someone and not even know it until later!